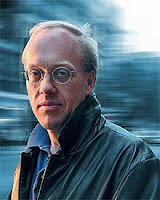 Chris Hedges, a former war correspondent for the New York Times - until they didn't like his anti-American coverage of the Iraq invasion - and an ordained minister, recently walked away (or was fired) from Truthdig in solidarity with Bob Scheer, and now he's in the middle of writing a book, but he spent an hour and a half talking about everything on The Jimmy Dore Show. I've transcribed some key points below under headings, with links and images. It's a little abridged and in a slightly altered order for clarity and brevity, and I also bolded pivotal statements for faster skimming!


On a Revolution Against the Corrupt System:

Hedges: We need to overthrow this system, not placate it. Revolution is almost always a doomed enterprise one that succeeds only when its leaders issue the practical and are endowed with what the theologian Reinhold Niebuhr calls sublime madness. Sanders lacks this quality and for this reason Sanders is morally and temperamentally unfit to lead this fight. (Also see Kate Manne on Sanders.)