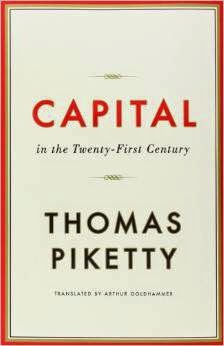 Read more »
Posted by Marie Snyder at 8:03 PM No comments:

“Our ethos is all that we currently hold to be true. It is what we act upon. It governs our manners, our business and our politics.” -  Howard Zinn

Directed by Pete McGrain, and hosted by Woody Harrelson, this 68 minute film explores how we got here and what to do about it as we "fight for a new democracy."  My notes are below, after the film here in its entirety.

Collapse by Jared Diamond is a fascinating read particularly for anyone interested in ancient civilizations. Diamond explores what caused the destruction of various civilizations over the past couple millennia. What interested me, of course, is his final few chapters that clarify what this understand of the world can do for our own understanding of our current position.  These are my notes and thoughts as I read:

Read more »
Posted by Marie Snyder at 4:28 PM No comments: