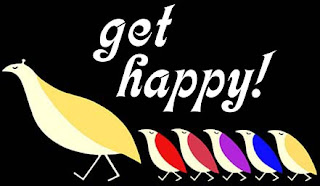 Remember that Partridge Family episode back in 1974 where they entered a contest to use less energy? Danny read the meter wrong and suddenly they realized if they didn't make drastic changes, their names would be in the newspaper under the label Energy Hogs. How embarrassing! No more blow dryers or electric toothbrushes for them as they scrambled to reduce energy. I always wondered where they got that six-person bike to do groceries with, and why they didn't realize car use wouldn't be calculated into their home energy usage. I'll never know.

But more to the point, recent studies have discovered that people will change their behaviour in order to keep up with their neighbours, and this tidbit can be used to curb GHG emissions...

We know three pertinent things about how people act, and psychologists have coined fancy terms to explain them. 1. Psychological Distance: We are horrible at judging the importance of distant events relative to our own lives. Plato and I call that an inability to measure. 2. System Justification: We love the status quo and will fight to defend it. We just want to keep on doing whatever we're doing. I prefer to call it inertia. 3. Finite Pool of Worry: We can only worry about so many things at once. Environmentalism typically peaks when the economy's on the upswing and people have more time and headspace to think of something outside their own little box of troubles. It's peaking now because it has to. But talk about bad timing. I call this behaviour self-absorbed. Sometimes it's necessarily the case that we focus on ourselves at the expense of the community, but if we're busy researching which iPod or BlackBerry to buy with the furnace at 23 and all the lights on, that's a different case. (Hint: Only buy electronics that will guarantee their coltan isn't from the Congo.)

Researchers say the best way to overcome these obstacles is to tap into the powerful desire to be like our neighbours only a little bit better. We are ruled by status anxiety. The Partridges figured this out 25 years ago! Maybe we'll pay attention this time.

In one 2007 study researchers hung four different flyers on doorknobs and monitored electrical use. One said to conserve energy to save the environment. One said save energy to be socially responsible. One focused on saving money. And one said that the majority of your neighbours are already doing it. Only the last flyer had any effect.

How do we jump on that bit of datum? In Arlington, the power company sends sheets that compare each customer's power usage to their neighbours with similar sized houses, and offer tips for catching up. Brilliant! It's personal transparency. If we think others will find out we're energy hogs, we'll scramble to get on board with the new and improved way of living.

And Mayors are getting on board already working towards making their cities the cleanest, fighting for that status as a eco-city. It's great that all the big-wigs are in Copenhagen, but we also need a bottom-up approach unique to each city. Write your local Mayor and energy company to make it a reality.