On the Titanic and Tolstoy

I've heard this before somewhere, but I can't find it to give due credit:  Coping with climate change is like coping with being a passenger on the Titanic. 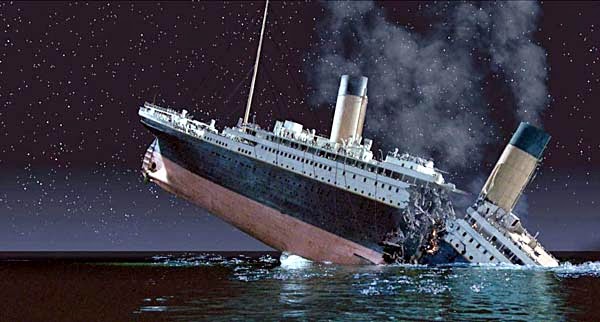 Some won't notice anything's amiss until they're well into the water.

Some will notice it's going down and decide we should continue playing until the bitter end.

Some will continue to insist it's unsinkable.  Technology, leadership, something will swoop in to save the day.  We mustn't worry ourselves too much.

Some will spend their energy insisting it's not their fault, so it's not their problem.  They'll sit stubbornly still in their belief that they shouldn't have to do anything to change the situation even as they feel the ship shift.

But others will get to work, and try to get as many people on the lifeboats as possible and abandon the luxury ship they're on for a better chance at survival in a smaller vessel.  It doesn't matter whose fault it is that it's sinking (past focus), nor that one day it might be fixable (future focus), but that right now people are in danger of great suffering. 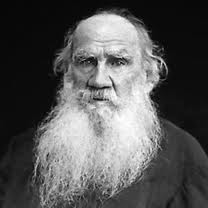 And, although not a perfect fit, it reminded me of Tolstoy's choices of responses to the horrors of facing a meaningless death:

1. We can live a life of abject ignorance.  This is the lowest choice for the cowards and the weak.  These are the climate deniers.

2. We can recognize the hopelessness of the situation, but enjoy Earthly pleasures while we're here.  These are the many I met on various dating sites I've since abandoned, whose primary interests are travelling and working out.  It's Kierkegaard's aesthetic life.

3. We can recognize the meaninglessness of life, but cling to it anyway - afraid to die, but not living authentically either with a self-righteous focus on duty-driven ethical choices.  It's a fearful attitude, but more honest than the first two.  This is where Tolstoy claimed to be in A Confession, before his final epiphany and conversion.

4. We can recognize the futility of it all and commit suicide.  Tolstoy saw this as a noble option.  If it's all for nought, then it's weak to drag it out until it's taken from us as if we have no free will, no choice in the situation.

5. We can put our hands in a faith of some sort - and recognize that it's all larger than ourselves.  This is where Tolstoy ends up at the end of The Death of Ivan Ilych.  We give life meaning through a life spent living compassionately with others and for others, fearless of the end, fully in the present.


We have to keep working towards preventing the suffering of billions.  Luckily, if working and helping others, and enjoying others is pleasurable, then it's easy to do.  And living compassionately, Tolstoy makes clear, means pitying the people focused on things and appearances and social standing.  I don't like the connotation of "pitying," but he ends up with a great love for people whom he formerly hated for their choices and attitude.  I believe it's a position that looks at what we can do for others rather than one that sees only how others affect us.  But it's a struggle for me to get there when the action of so many need to change in order for this all to work.  The actions of so many affect our own survival.  As Diamond notes the "impossibility of convincing First World citizens to lower their impact on the world," it's clear we're on a Titanic, and we can only do what we can while we slowly sink into the sea.   It's not for us to fix it, but for us to try with ever an attitude of compassion while we work.