On Luxuries and Necessities 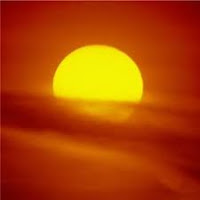 "If we keep doing what we are now doing, we are screwed. This we know now."  - David Roberts

It's going up to 42 today!  That's really hot.  So far my house is a reasonable 28.  I don't have A/C.   I open the windows only when the temperature outside is cooler than inside; otherwise, I keep them closed.  I keep all the lights off almost all the time, and I avoid cooking.  These three things really help.

When we were kids and we whined for an air conditioner, my dad insisted that it was his duty as a good father to ensure we were raised to tolerate the temperature extremes of our part of the world so we could learn to adapt to them.  If we were raised with air conditioning, his theory went, we'd grow up intolerant of the heat and then, he assured us, we'd be no good to anybody.  We were allowed to have heat in the winter however (20 max) because even strong healthy people die of the cold, but if you're healthy and fit, you should be able to tolerate whatever heat waves Southern Ontario can deliver.

Even if dad's acclimatization theory isn't entirely accurate, the belief in it would serve us well.  We don't need A/C in our homes unless we're elderly or sickly.  We can acclimatize to these temperatures.  The danger comes in believing we have to have A/C to live, which adds to GHGs in the atmosphere, which increases the temperature, which makes us want A/C more.  There are positive feedback loops on the planet that can't be stopped, but this is one that can.  If we can manage the weeks of heat every summer without A/C, if we can learn to cope with extreme temperature and stay cool without air conditioners, then we can slow down climate change.

Same drill for cars.  If we wanted to go anywhere as kids, we had to find our own way - bus, bike, or walk.  I still haven't gotten around to buying a car although I rent one a few times a year to go camping and borrow one for emergencies from time to time.  I save tons of money, I get more exercise, and my kids are more independent.  The only downfall to renting is that no rental place will let me put bikes on the car.  I can cope with the inconvenience.

And that's just it.  We have to learn to cope with some inconveniences.  We don't want to, but suck it up already!  Sure we need all the countries to get on this, but if Canada takes the childish stance to do nothing until everyone else gets on board, we all lose.  And sure we need everyone in the country to get on this, but if we each wait for everyone else to get with the program, we will be TOTALLY SCREWED.  This is about you, today, making a small sacrifice by walking to the store instead of driving or by turning off the A/C and sleeping under the stars tonight.  Racoons will leave you alone and mosquitos go to bed after dusk.  And it's an adventure!  Sure a few neighbours might think you
just passed out there, but most will understand it as a very reasonable reaction to several days of plus thirty temperatures.

I have three kids, and I manage nicely without A/C or a car or a drier or a chest freezer or a dishwasher (or a cellphone even).  If you're healthy and able-bodied, then you can probably manage this too.  Your grandkids will thank you for trying at least.

Not convinced it's worth a little inconvenience?  Watch this:


If you question the science, well, it does no harm to reduce GHG emissions anyway.  And if it's right, then you've just helped save the world!

It's hard to wrap our heads around this idea of the world not continuing as it always has for us.  We plan for the future with the belief that it will look pretty similar to the present.  But what if that's not the case?  How can we cope if these turn out to be end times?  Can we celebrate the birth of children that might be living in a hell on earth at an age when we'd hope they could be set to retire comfortably on a lake somewhere?  It's a hard, cold exercise to contemplate it all.  And it's scariest if you have little ones.

It makes me think of the film Melancholia in which a group of people cope differently with an incoming meteor.  Some live in blissful ignorance by questioning the experts and denying the inevitable.  Others manage through drunken oblivion by partying like it's 1999.  Others accept their impending demise with a Buddhist calm.  But I'd be there trying to find a way to stop the damn thing!  Maybe it's just an illusion that my actions can help, but I'd hate to do nothing and recognize only when it's too late that I could have made a difference.  A potential "if only" is too hard for me to ignore.

Near the end of On the Shortness of Life, Seneca said,


"We should make light of all things and endure them with tolerance: it is more civilized to make fun of life than to bewail it.  bear in mind too that he deserves better of the human race as well who laughs at it than he who grieves over it; since the one allows it a fair prospect of hope, while the other stupidly laments over things he cannot hope will be put right."

We are born of nothing and return to nothing, and we should certainly enjoy our time here.  But, does joy necessitate temperature control and speedy transport?