As I said in a comment there, too many young people have lost lives as a direct results of malicious words and images.  We can't ignore that reality.  In my lifetime, I've seen a change in the way we talk that developed through punishments for transgressions of the new rules.  We use gender-inclusive language in scholarly writing, and professionals and politicians can no longer easily get away with cavalierly making racist, sexist, or homophobic slurs.  We recognize that words seep into our subconscious in a way we can't prevent when they're out there at large, repeated and bombarding us at every turn.

The subtle restrictions in our language, I believe, have played a part in changing in our attitudes and behaviours.  They're not the complete answer, of course, but they do have a significant impact.  The recent events have provoked some prejudicial words and views floating around social media.  We would be wise to remember this recent reaction: 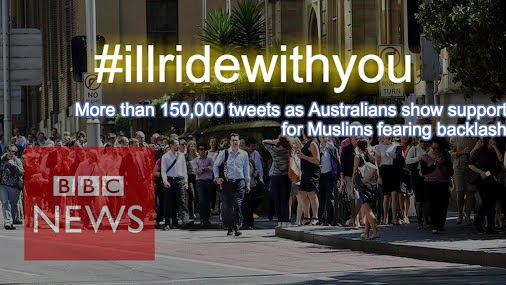 Or check out how the Swedish "love-bombed" a mosque.

Long's article hits on something explained by Catarina Dutilh at New APPS, that,


"...at its core, the Enlightenment is not a tolerant movement: its ideals may be described as corresponding to “the ambition of shaping individual and social development on the basis of better and more reliable knowledge than the tangled, confused, half-articulate but deeply rooted conceptual systems inherited from our ancestors."


"To defend satire because it’s indiscriminate is to admit that it discriminates against the defenseless....[This is] the truth about satire. It’s an exercise in power. It claims superiority, it aspires to win, and hence it always looms over the weak, in judgment. If it attacks the powerful, that’s because there is appetite underneath its asperity: it wants what they have....They know that while [Voltaire's] contempt amuses when directed at the potent and impervious Pope, it turns dark and sour when defaming a weak and despised community. Satire can sometimes liberate us, but it is not immune from our prejudices or untainted by our hatreds. It shouldn’t douse our critical capacities; calling something “satire” doesn’t exempt it from judgment. The superiority the satirist claims over the helpless can be both smug and sinister."

The movement we've celebrated that has us in this self-righteous state of knowledge is not founded on world peace or compassion or kindness, but on escaping religious ideologies.  It's a noble path if it takes us from powers that prevent us from open critical thought, but the path leads to a cliff when it continues unabated once religious ideas are no longer a threat as a forced belief system.

It's absolutely true that religious texts have portions that provoke hatred and intolerance of others: 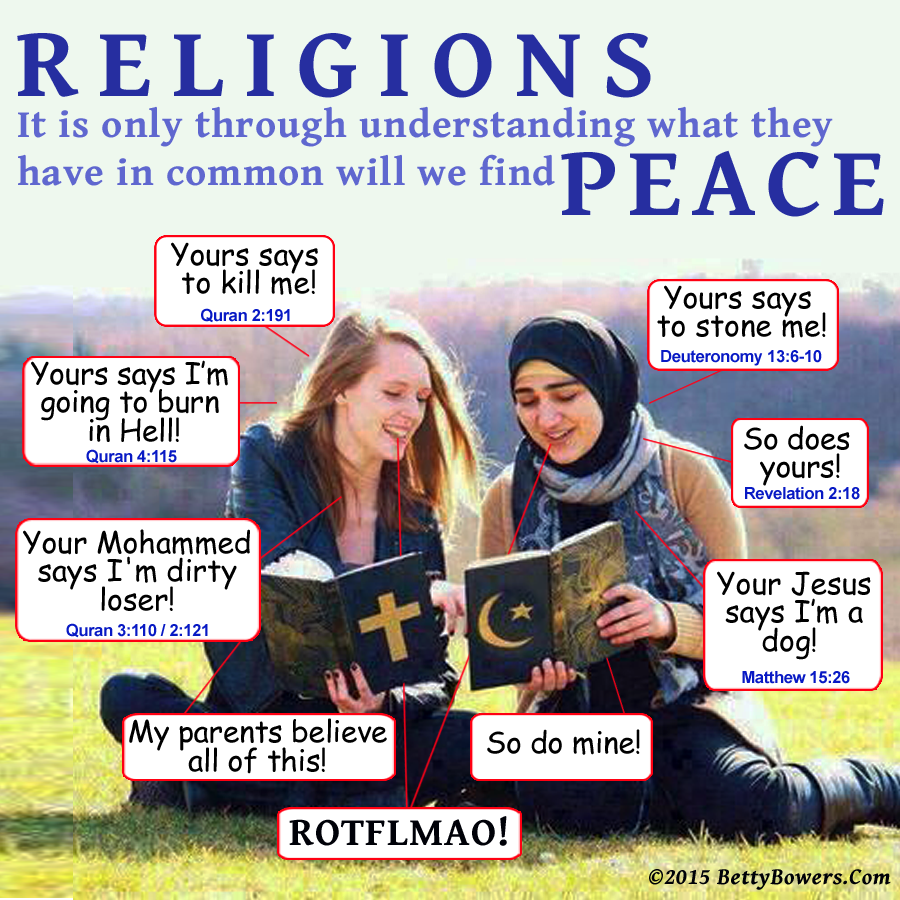 But, the New Atheists also have their intolerant passages that can inspire their followers:  There's Richard Dawkins' famous tweet comparing Islam with Nazism: "Of course you can have an opinion about Islam without having read Qur'an. You don't have to read Mein Kampf to have an opinion about nazism."  And Bill Maher and Christopher Hitchens are no more accepting of differences.  We can find hatred within every faction of society.

At least religious texts also have portions insisting on the tolerance of all:

There's Hillel's famous description of the main message of Judaism:  "That which is hateful to yourself, do not do unto others. That is the heart of the Torah; all the rest is commentary. Now go and study!"  And there's the Christian rule:  "'Love your neighbour as yourself.' There is no commandment greater..." (Mark 12:31).

Similarly, the Qur'an instructs followers to,

Religion doesn't make us hate one another; that's a red herring.  We have the capacity to choose to follow some ideas over others in any doctrine.  I respect Chomsky's views, but I differ from him on the right to free speech.  We can be followers of Plato without condoning slavery.

Basic human nature may be the real villain here.  Zimbardo's famous experiment got to the heart of this reality, and Nietzsche recognized it almost a century earlier in this passage,

“Somebody remarked: ‘I can tell by my own reaction to it that this book is harmful.’ But let him only wait and perhaps one day he will admit to himself that this same book has done him a great service by bringing out the hidden sickness of the heart and making it visible."

Knowing that it's possible to let this cruel part of ourselves flourish means we have to, individually and personally, work at keeping the sickness in ourselves in check.  And if we have any hope of surviving the next few decades intact, we also have to help one another make choices based on compassion and tolerance, loudly clarifying our intolerance of prejudices.  And, no, that's not a hypocrisy.  It's a necessity.

ETA - Russell Brand made a similar point that we have to check our own selves to begin to affect change on a larger scale.